Mike’s note: When the market crashed in March, several stories came to light about politicians who sold off their stock holdings once they learned how severe the pandemic would become – ahead of the general public.

It can be hard not to get discouraged when you hear things like that. When our elected representatives can “front run” the public, the markets might seem like a rigged game.

But luckily, my colleague and Palm Beach Quant editor Teeka Tiwari has found a set of trading data that can provide a similar advantage to everyday investors. It blocks out what he calls the “fake news gap” – and puts you in position to consistently make thousands of dollars in profits.

To learn how to get your hands on it, join Teeka on Thursday, June 25, at 8 p.m. ET for a free presentation on the subject. Just click right here to reserve your spot.

How Fake News Took Over the Markets

Fake news… It’s everywhere. But it’s not a new story…

As a young stockbroker, I read how the great speculators of the early 1900s would float negative stories. They’d crash shares so they could cash in on short positions.

Others would whisper bullish stories into the ears of clueless newsmen so they could dump overpriced shares onto the public.

From Jay Gould to Jesse Livermore, Wall Street’s history is littered with moneymen playing the media for personal profit. Given there were no rules governing stock trading back then, it was easy for them to move stock prices.

I wish I could say that has changed… It hasn’t.

For instance, in January, House Speaker Nancy Pelosi slammed Facebook for schmoozing with the Trump administration.

Here’s what she said at a news conference on January 16:

They intend to be accomplices for misleading the American people with money from God knows where.

It was the same day her husband exercised his call options on Facebook early. He bought more than $500,000 in shares on the cheap.

That’s not the only instance of Wall Street and D.C. working together to confuse investors.

Following the 2008 financial crisis, lawmakers cashed in on information before the American people knew about it.

During that year, then-Senator John Kerry dumped $550,000 of Citigroup’s stock. That was right after a private meeting with then-Treasury Secretary Hank Paulson and Federal Reserve Chairman Ben Bernanke.

In the meeting, Paulson and Bernanke warned of deep economic trouble ahead.

But in public, Bernanke was saying something quite different. On July 16, 2008, he told Congress that Fannie Mae and Freddie Mac were in “no danger of failing.”

As everyone now knows, both went into government receivership on September 6, 2008. Investors lost a fortune. It’s likely entire retirement accounts were wiped out.

We’d later find out more than a half-dozen politicians privy to this information dumped their stocks. Some went as far as betting against the U.S. economy.

Peter Schweizer, the president of the Government Accountability Institute, exposed how Washington profits from insider knowledge in his 2011 book, Throw Them All Out.

Here’s what he said about politicians tipping the scales in their favor:

These same legislators are crafting these massive bailout bills that are going to benefit certain industries and they are free to trade stocks in companies that they are writing legislation for to bail out.

But it’s not just politicians pumping the news cycle for their benefit. Hedge fund managers, corporate CEOs, and large, individual traders are all taking their turn in front of the cameras to spread their own brand of “fake news.”

How can you and I compete against that?

That question has been driving me crazy for the past few months. I’ve been working my team to the bone to figure out one thing: how we can level the playing field.

The good news is, after months of intensive research, we’ve found a way to bridge the “fake news” gap.

It has to do with a set of trading data little used by individual investors. It’s as close to a “lie detector” test as I’ve ever seen.

This little-used (by individuals) data set caught every “lie” we threw at it.

More importantly, it gave us the opportunity to generate trades that averaged gains of $19,740… every time we tested it.

On Thursday, June 25, at 8 p.m. ET, I’m revealing what I found to you. During this free event, I’ll share countless examples of how our “lie detector” caught lie, after lie, after lie.

I’m going to show you how to protect yourself from this trend of media manipulation and how to profit.

It’s free to attend and whether you’re a trader, investor, or just a casual stock market observer, you’ll want to find out how this approach can potentially make you an average of $19,740 from a simple two-minute trade.

I’m running out of space in this article to talk about it, so please click here to reserve your free spot to the special briefing I’m holding on Thursday, June 25, at 8 p.m.

You have got to see this video that’s going viral…

This video is the first time it’s been shared with the public.

The value of this device could soar to $5.7 billion – this year.

You have to see this video to believe how amazing this device is. 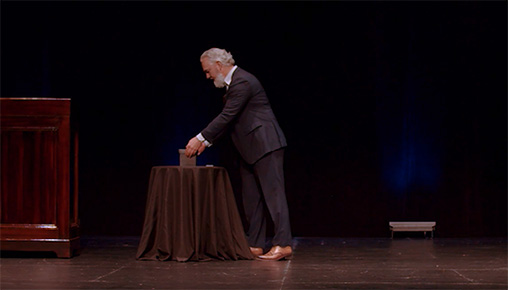